This is the website for Salvation Films and the home of the Redemption, Jezebel and Sacrament film labels as well as the notorious Satanic Sluts

On this site you can buy iconic films on Blu-ray and DVD as well as all of our related books, CDs, magazines and merchandise as well as keeping up-to-date on all the latest news concerning Salvation Film’s forthcoming releases, productions, press and events.  Remember to check back often as this site is a work in progress with new titles and news being added on a regular basis.

If Needs Must the Devil Drives…

Exploiting cult sex and horror since 1993!

Redemption was the first film label in the world to see the commercial potential in releasing European exploitation films at a time when euro horror was dismissed and ignored by most critics and the wider film community. Redemption launched, in 1993, by championing the works of Jean Rollin, Jess Franco, Dario Argento, Massimo Dallamano, Bruno Mattei and many, many others. Films like Succubus, Requiem for a Vampire, Deep Red, Venus in Furs, What Have You Done to Solange?, Virgin Witch, and Vampyros Lesbos have all been released by Redemption, though often only after costly battles with the UK censors with whom Redemption has had a difficult history.To help raise awareness of these films, and to grow the Redemption brand, Salvation created a number of related publications and side projects, including The Redeemer magazine and the Nihilista newspaper, nightclub Black Mass, and the online group the Satanic Sluts, an all girl collective, whose live shows, which often mixed gore, sex and outrageous antics, saw them mentioned in the House of Commons and the Black Mass club, at which they performed, banned from three venues in three months!

Now, some 23 years later, Redemption continues to break boundaries, champion new films and hatch new ideas. So please keep checking out this site, join our mailing list, and watch out for the arrival of our new Ghoul Girl label in 2020!! See ghoulgirlfilms.com 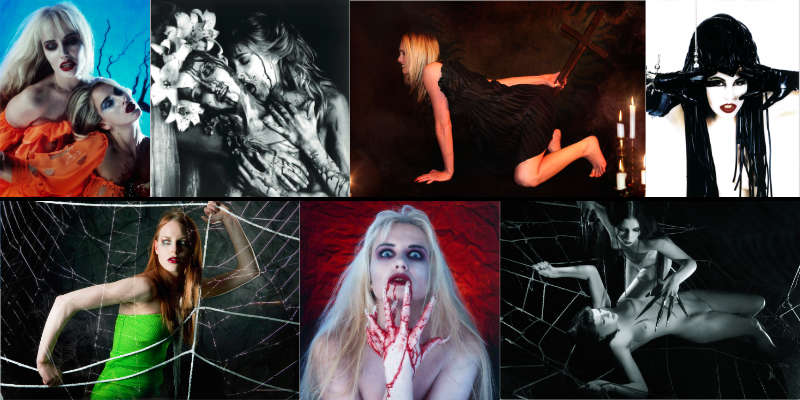 The Man Who Bought The Vampire To Life

Welcome to Salvation Films’ new dedicated new Jean Rollin section where, over time, we hope to have everything about Rollin; past, present and future covered.  We will of course include information on all of our releases, or licensed releases, and related releases like soundtracks or books.

Redemption’s relationship with the films of Jean Rollin and with Rollin himself goes back to 1992 and the very beginning of Redemption when we started out as a company that would specialise in releasing European horror and exploitation films at a time when no one else was. At this time Rollin was virtually unknown and his work dismissed by most critics who had, watched his films, as both nonsense and nonsensical

Here is the first UK chart of 2020 and our new release, Jess Franco’s surreally decadent version of Sacher Masoch’s Venus in Furs on the Redemption label, enters at Number 1, while the rest of the charts is dominated by an unhealthy mix of Asian style sex, horror, depravity and Euro Sleaze. Key movers and entries include Jean Rollin’s incredible tale of bourgeois blood-letting, Fascination, Casino ’45, an Italian tale of bawdy lust set in a World War 2 brothel, and Whore Hospital, director Chise Matoba’s outrageous tale of medicinal perversion set in a Japanese hospital where the doctors and nurses use some particularly unusual techniques.

This month’s soundtrack to accompany the chart is the haunting and beautiful song Magpie by The Unthanks which also featured in the opening episode of Season 3 of TV’s the Detectorists.

Now retailers worldwide, both traditional and online, can order our products directly from us via our new Wholesale section

Those retailers or websites, regardless of whether or not you are based in the UK, who would like to feature and sell our UK Salvation releases but have been put off doing so because of the hassle of setting up accounts with large distributors, can now order directly from us*.

Simply go to our new wholesale section and fill in the simple application form and as soon as it is approved you can place your order. All orders will be shipped, depending on where you are situated, via one of the four main courier companies; TNT, DHL, Hermes or FedEx and can be paid for by either PayPal, VISA, Mastercard American Express or bank transfer.

Forget global warming and angry Greta and get ready for Amazon Hot Box, our fabulous new sweaty women in prison exploitation epic out in June! [...]

How about putting Close Captions or Subtitles on your films?

Is Redemption planning on releasing a blu of Killing Car?

Finders Keepers have just sent me their latest releases including this incredible version of the soundtrack to Valerie and Her Week of Wonders. Limited to just 100 copies with special embossed and hand-painted sleeve artwork...

Follow @@redemptionfilms
Redemption Films @RedemptionFilms
February 14, 2020 7:51am
Holy Gluttony! Huge Batman-themed restaurant coming to Soho. This is probably on the site of the old Titanic restaurant at 77 Brewer street and maybe includes the old Atlantic restaurant as they may have joined them up which would be possible? https://t.co/sBQA1YmVaz
View on Twitter

0
0
Redemption Films @RedemptionFilms
January 16, 2020 5:24pm
Coming soon to our new US exploitation collection (more on this soon) Shûji Kataokas' S&M Hunter Begins. This prequel to the classic S&M Hunter tells the origin of how an average 'salaryman' became the worlds' first SM hero! 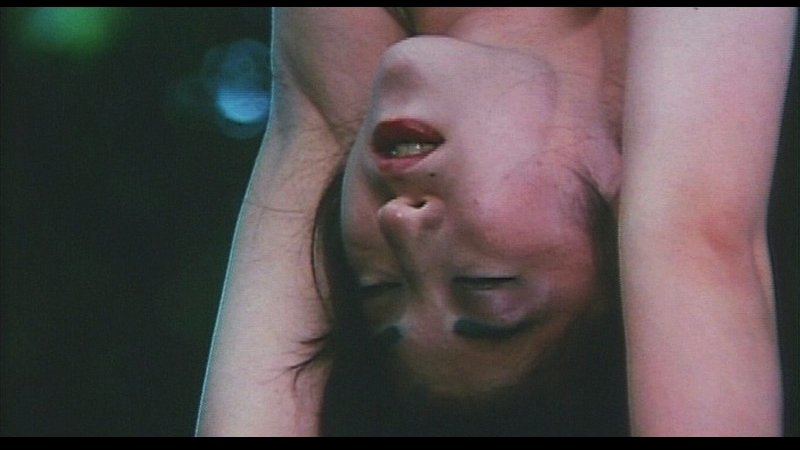 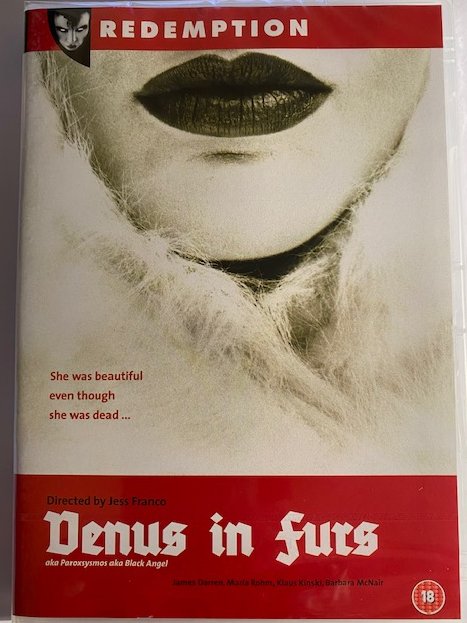