Skip to content
Home/History, News/9/11 – A Personal Memory of the Day

Anyone old enough to remember the tragic events of 9/11 probably also remembers what they were doing when they heard the news and watched as the drama played out during the day. I was sorting through some old pictures recently that I had put together for the magazine Metal Hammer and they will be forever and inextricably linked in my mind with 9/11. The pictures were of the all-girl band Kittie and the day they were taken was the 9th September 2001

Metal Hammer had contacted me because they were putting together a big feature on the all girl Canadian metal band Kittie, whose first album Spit had been a big success. They were in the UK to promote their new album Oracle. Metal Hammer had commissioned me to shoot the cover and unfortunately didn’t want me to drench the girls in blood or create some sort of dark sapphic fantasy (my usual style), instead they wanted a hard, no-nonsense look with a dark, violent undertone. So I came up with a set that would look like the shell of a burned-out building, with large structural pieces of wood all blacked and charred like the shell of a destroyed room and with a naked and seemingly dead or tortured man hanging upside down in the background. The girls would then, hopefully, strike suitably brooding or menacing poses in the foreground, or something like that.

The photographer that I was working with then and who put the set together was Gerrard Martin, who at that time had a large studio in Wapping and had built the set the day before. I remember being really impressed by it and at how large and menacing it looked. The model booked to be the hanging man was very personable and seemed totally unfazed by the prospect of being naked and literally hung upside down by his ankles while surrounded by a group of attitudinal young women. The band arrived at around ten and the shoot slowly got started but as usual that meant lots of lighting tests, and make-up, and all the usual faffing around that has to be done in these situations. I think that we were finally ready to shoot some actual pictures early in the afternoon, when I got a call from my office to see how things were going.

While we were talking Louise Ross, my then production manager, said that a plane had just flown into one of the Twin Towers and like most people being told this I just assumed that a small two-seater type plane had accidentally crashed into it and didn’t really register the news. Then a few minutes later I got a call from Jennifer from the band the Nuns (who I was quite involved with at the time and who are all sadly now dead). Jennifer lived in New York and was yelling excitedly that America was under attack! Seemingly in the few minutes since I had spoken to Louise another plane has crashed into the other tower, and these weren’t small planes but passenger jets.

I remember asking Gerrard if he could turn on the TV in the studio and of course that was fatal, as anyone who watched 9/11 unfold will attest to. It was like watching some grotesque but absolutely riveting disaster movie play out in real time, with each new event upping the emotion and tension. The plane crashing into the Pentagon, the two towers collapsing and the resulting apocalyptic clouds of debris that engulfed New York and made it look as if the whole of Manhattan had been bombed. All of this, and the rumours of more attacks, hyped things up even more. The expectation always of more horrors to come.

The girls in the band, who were only seventeen and eighteen, were now getting calls from anxious parents and friends incessantly. Then came the announcements that all US flights were stopping. No one was thinking about the shoot. I spoke to Gerrard and then to Kittie and we all agreed that we had to get the pictures done, so the TV was turned off and for a couple of hours we had a kind of self-imposed news blackout and got it done.

It was beginning to get dark when I left and got a taxi back into the West End and I remember being really shocked that my cab driver seemed completely nonplussed by what had happened. Or maybe in a funny way I had felt so caught up in it mentally that I expected everybody else to have been as well? I stopped in Soho on the way home to the get a drink at Century, a club I used to belong to then, and the bar was virtually empty. I think I had expected to find it packed with people discussing the day and drinking but maybe in some ways the emptiness was fitting. I walked home and watched the wall-to-wall news coverage, listening to the playbacks of some of the people who had been trapped on the top floors, and feeling that they were some of the saddest things I had ever heard…

I don’t have the main transparencies from the shoot as they went to Metal Hammer but here are some of published pictures. 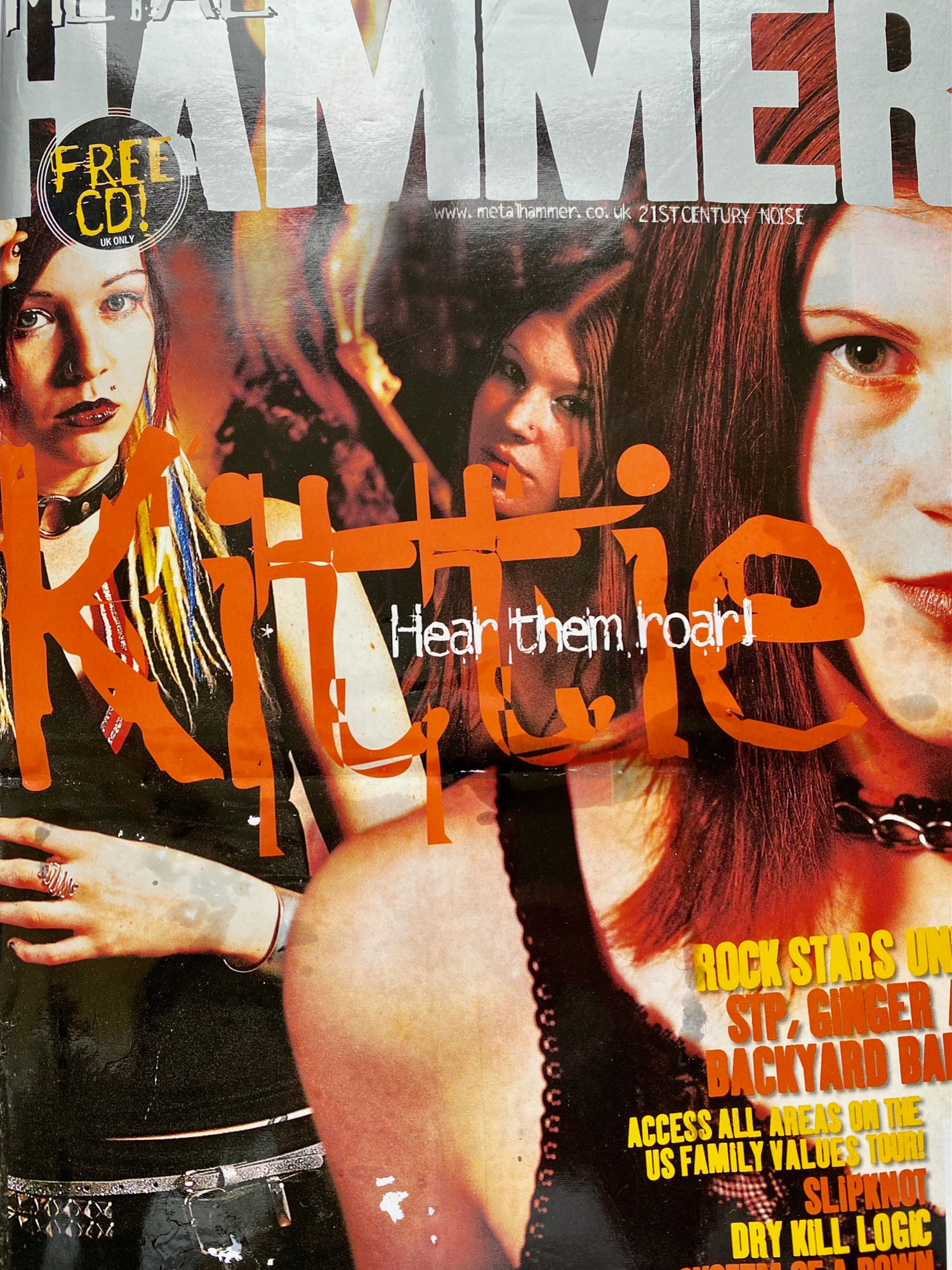 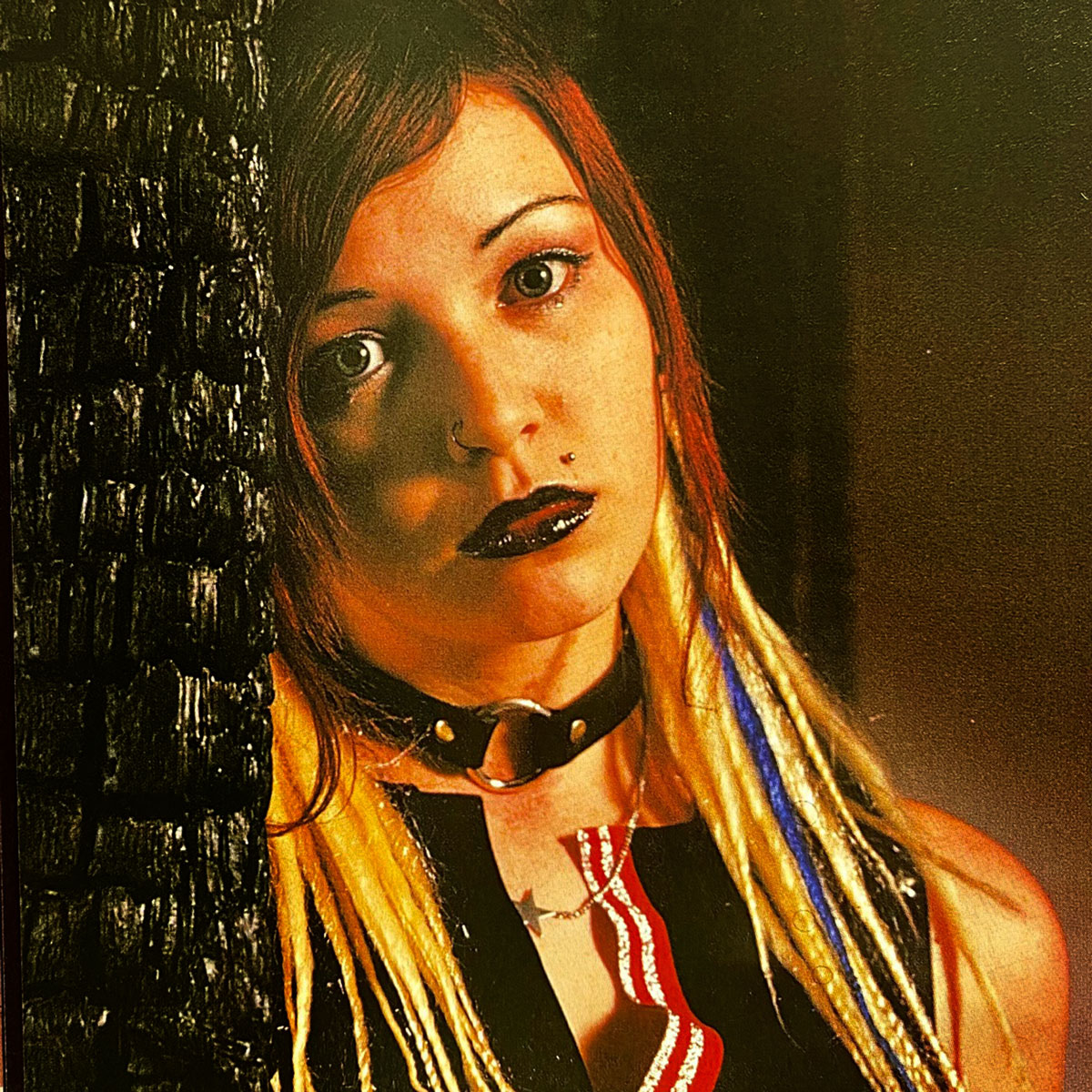 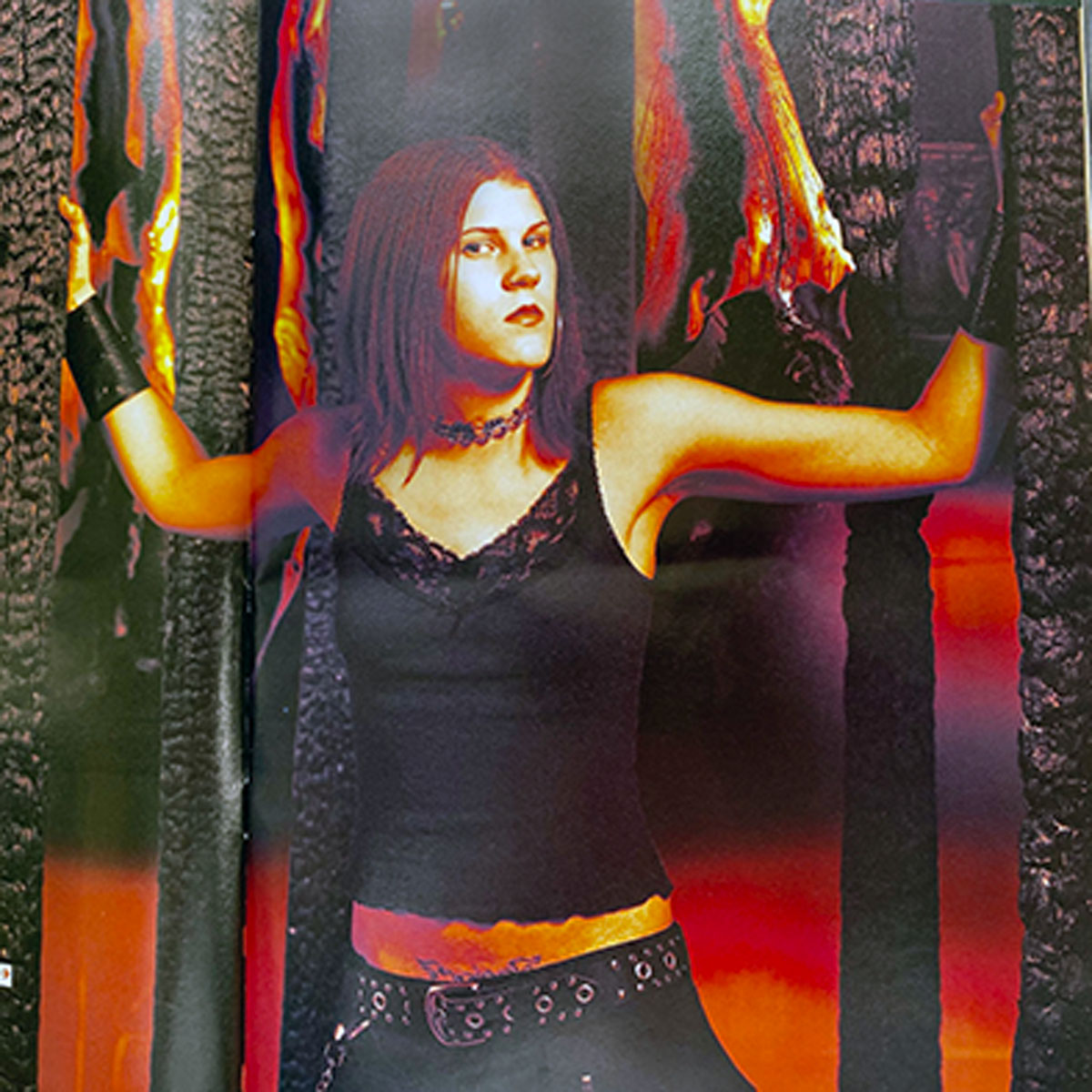 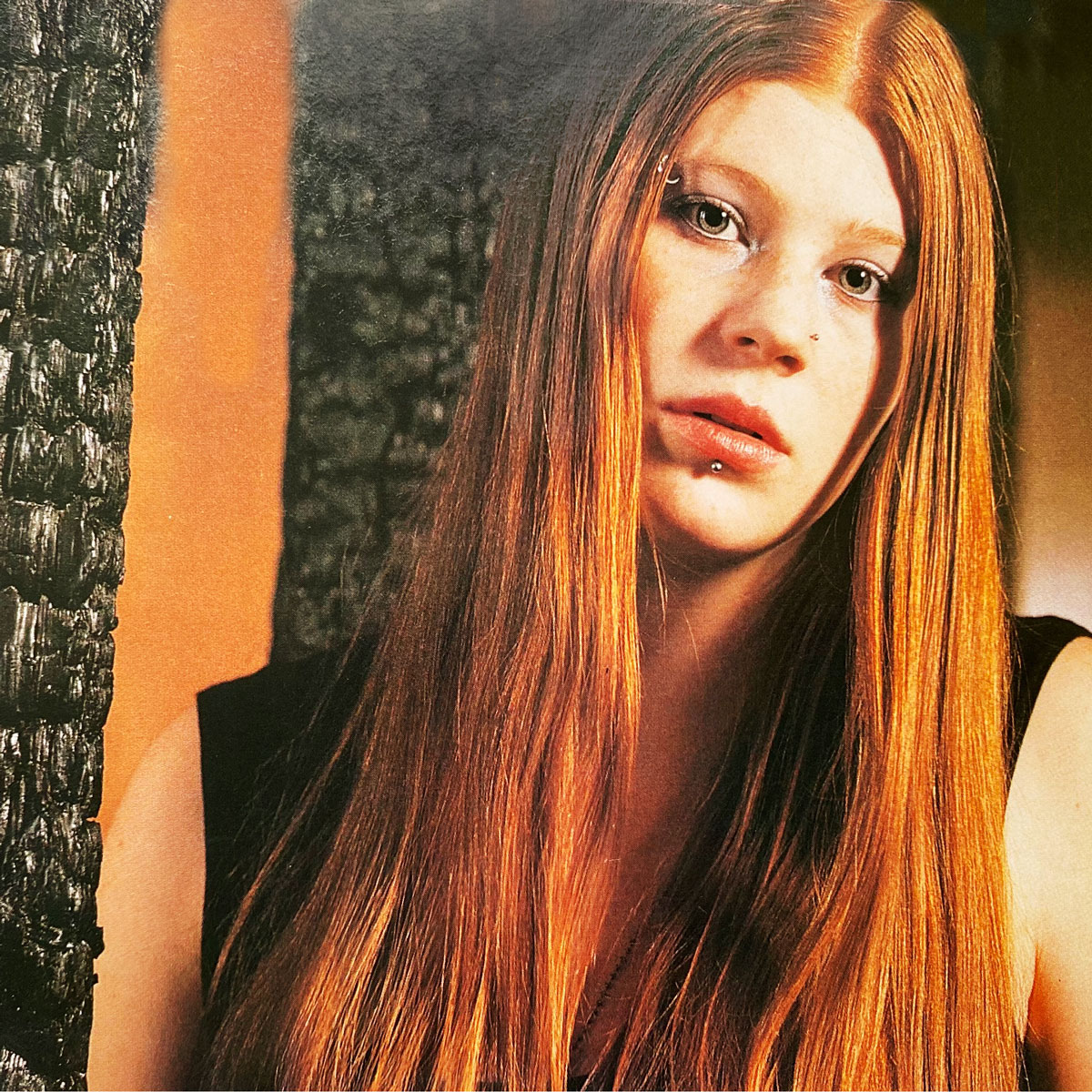 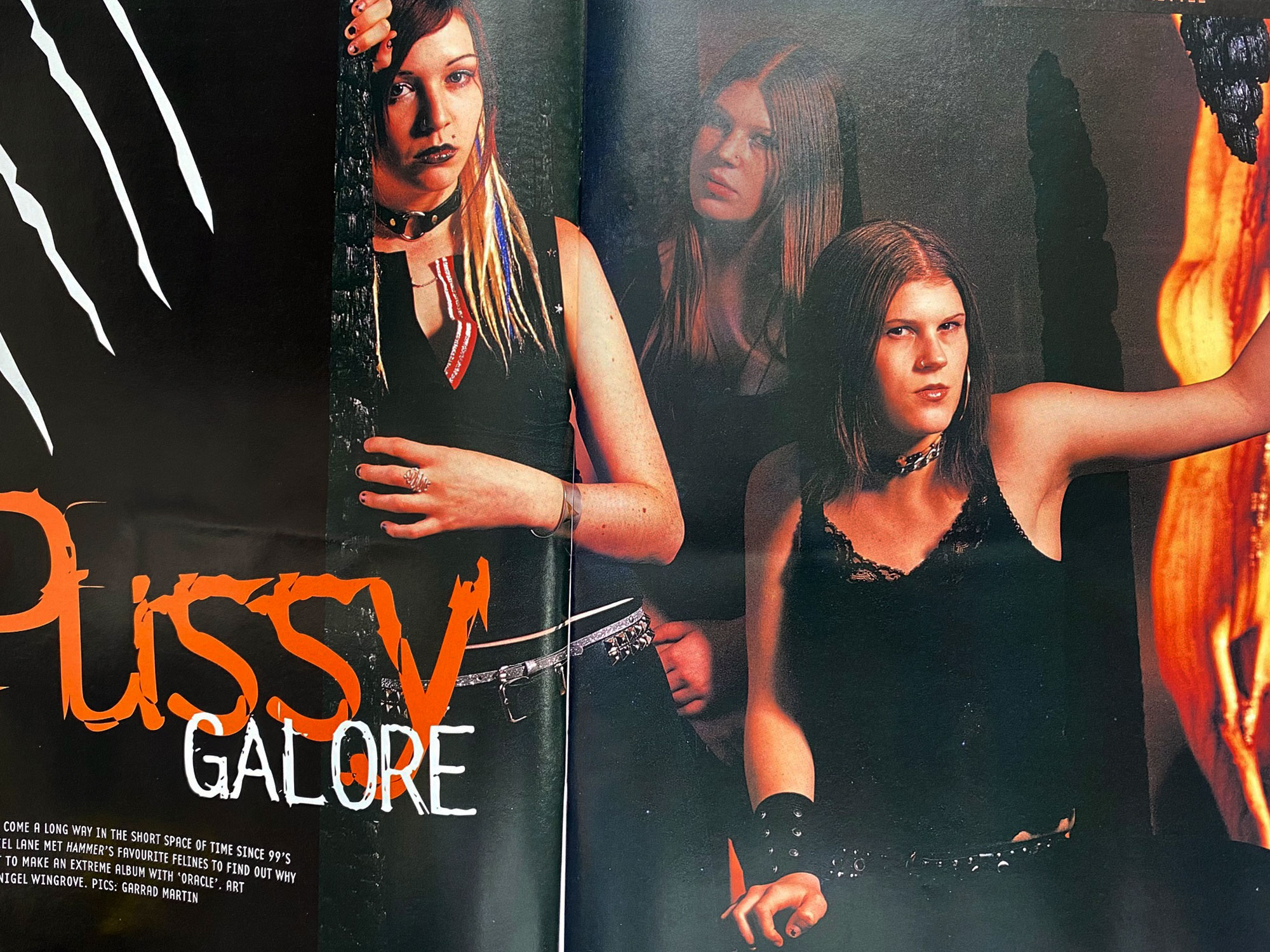