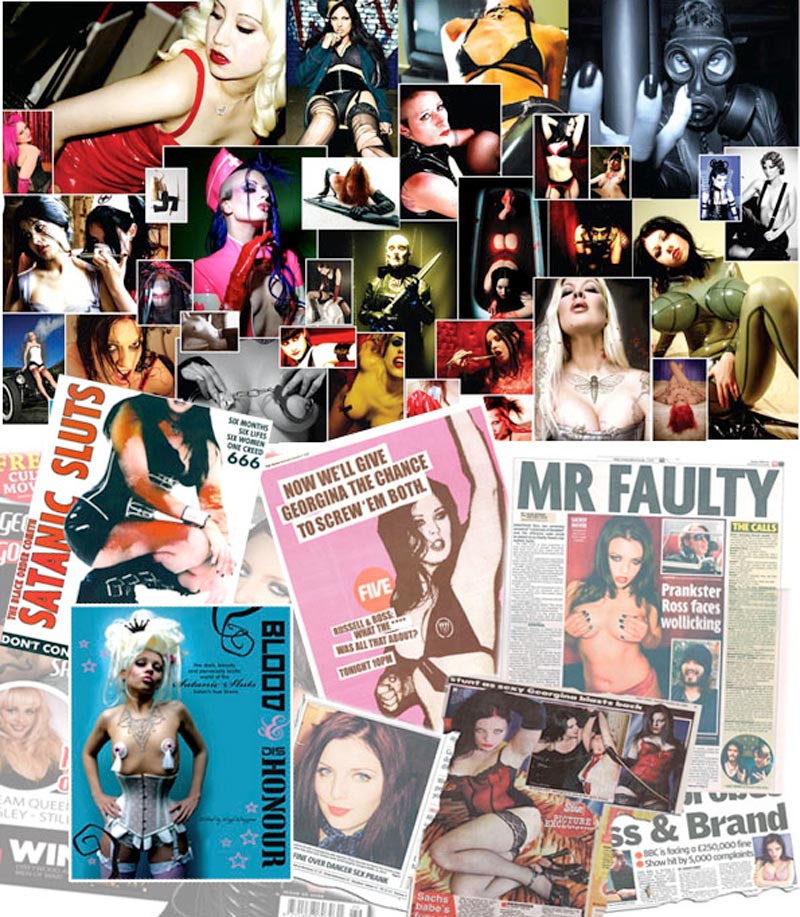 The BBC has announced that it is producing a series of documentaries centered on itself, or rather scandals that have emanated from, and centred on, the BBC.

This will include ‘Sachsgate’, which long term followers of Redemption will know refers to the brouhaha that erupted around then Satanic Slut Voluptua aka Georgina, who was briefly involved with touch-feely celebrity Russell Brand.

Georgina is also the granddaughter of the late Andrew Sachs, the actor best known for playing Manuel in Fawlty Towers. Sachs became the focus of numerous prank phone calls from Brand and Jonathan Ross with whom he sometimes co hosted a radio show. The resulting scandal became known as Sachsgate.

As you know the devil works in mysterious ways, so whether the BBC will do any background on the Satanic Sluts and Black Mass to show how things evolved from this side is doubtful, but we will keep you posted just in case…