The films of Jean Rollin get further recognition

A new book, with the rather convoluted title, Desire After Dark: Contemporary Queer Cultures and Occultly Marvelous Media, has just been published by Indiana University Press. Written by Andrew J. Owens it explores media where figures such as vampires and witches make use of their supernatural knowledge in order to queer what otherwise appears to be a normative world. Beginning with the global sexual revolutions of the ’60s and moving decade by decade through “Euro-sleaze” cinema and theatrical hardcore pornography, the HIV/AIDS crisis, the popularity of New Age religions and witchcraft, and finally the increasingly explicit sexualization of American cable television, Owens contends that occult media has risen to prominence during the past 60 years as a way of exposing and working through cultural crises about the queer. Through the use of historiography and textual analyses of media from Bewitched to The Hunger, Owens reveals that the various players in occult media have always been well aware that non-normative sexuality constitutes the heart of horror’s enduring appeal.

By investigating vampirism, witchcraft, and other manifestations of the supernatural in media, Desire after Dark confirms how homosexuality has been integral to the evolution of the horror genre and its persistent popularity as both a subcultural and mainstream media form.

Jean Rollin’s work and films are referenced within the book and it is pleasing to see that Rollin’s films are slowly being recognised both by the mainstream and academia. 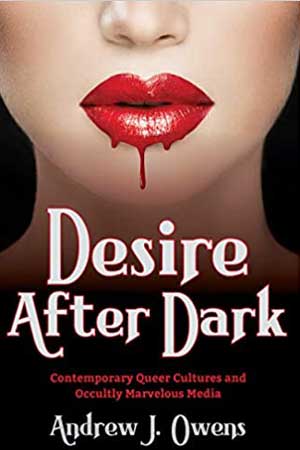