Salvation Films catalogue to be represented by Hollywood Classics 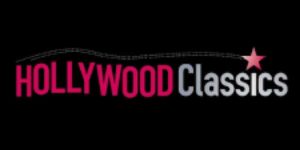 We are very pleased to be able to announce that the full Salvation Films catalogue,including the works of Jean Rollin, is to be represented worldwide by international sales agents Hollywood Classics.

Hollywood Classics handle the library titles of many of the major studios including Universal, Twentieth Century Fox, Warner Bros, MGM and Miramax so is an important appointment for Salvation and one that will see many new titles being added to our library over the coming months.