The USA finally gets it’s GIRL

The sleaze and arthouse hybrid Satanic Sluts feature A GIRL, directed with aplomb by Simon Black and starring the fabulous Hannah Short is finally being released in the US. Telling the dark tale of a young woman’s slow descent into madness as she obeys commands from her God, a voice that speaks to her via her radio.

Filmed in black and white and containing some strong sexual scenes A GIRL is released on DVD and is No 4 on our Satanic Sluts US label.

Extras include the short feature TAR ROT, which is also directed by Simon Black and stars Hannah Short. 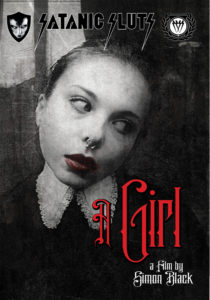 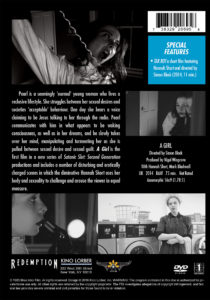