Musician and artist Teresa Winter who records with The Death of Rave label cites Jean Rollin and the Marquis de Sade along with a bad dream of being murdered by her boyfriend as inspiration for her new album, ‘What is the Night For’.

The album, released on the 28th September, according to the press release,explores ‘psycho-sexual trauma and notions of liberation and repression with an unsettling blend of avant-classical compositions and frosty ambient passages…’.Winter describes her music as a “form of psychic self-surgery…”

‘What is the Night For’. will be available via the marvellously named The Death of Rave and you can listen to a sample track here: 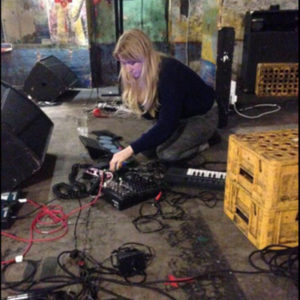